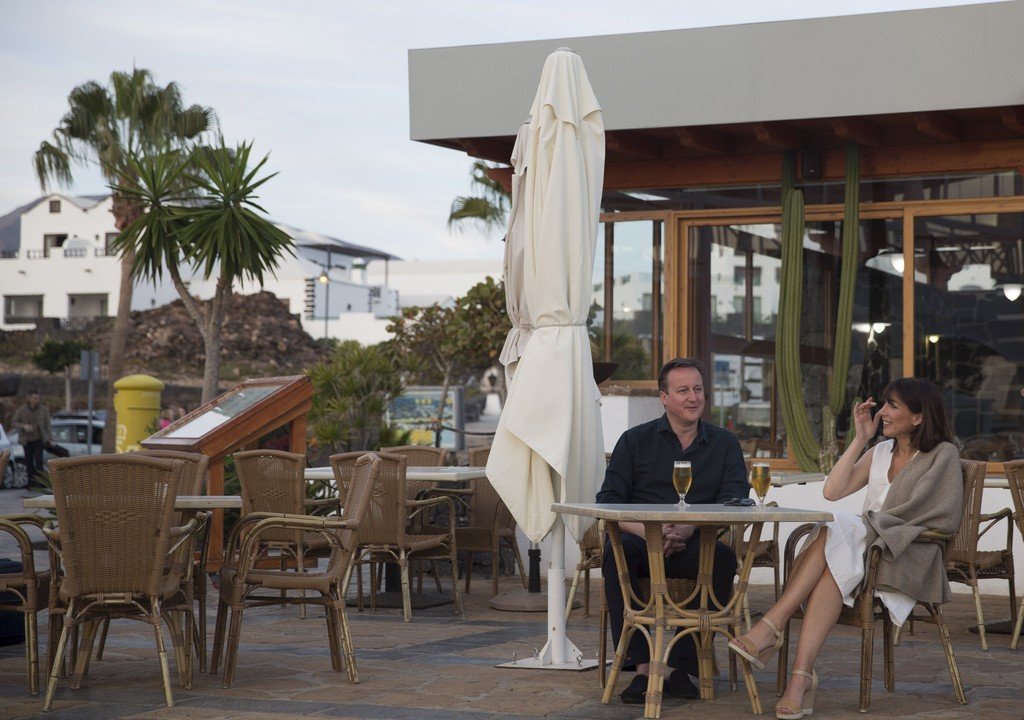 ***(Picture too small)*** Where does David Cameron’s money come from?

In the wake of Panama Papers disclosures, the prime minister has been fending off questions about his finances. Analysis shows his wealth is derived from a network of inherited wealth and family companies

Downing Street has had a torrid week fending off questions about David Cameron’s finances in the wake of the Panama Papers leak. At first, No10 said it was a private affair – a knockback that provoked even further scrutiny of his family’s wealth and how it was earned. The prime minister now says neither he nor his family will benefit from any offshore funds now or in the future. But what of the past? Here, the Guardian sets out how the Camerons made a fortune from inherited wealth and family companies.

Known as Donald, David Cameron’s grandfather was a City figure who became a director at the stockbroking house Panmure Gordon. He died in 1958, leaving an inheritance of £57,000 – worth about £1m today.

Ian Cameron followed in the footsteps of his father to also become a director at Panmure Gordon, in 1957. The company’s documents reportedly boasted that he represented a 70-year connection between the firm and the Cameron family.

He is reported to have received £2m after Panmure Gordon was sold to a US bank during the period of deregulation in the early 1980s. He subsequently established Blairmore Holdings Inc in 1982, the fund now at the centre of the Panama Papers controversy, and where he was paid $20,000 a year as a director.

Cameron Sr and his wife, David Cameron’s mother, Mary, were reported to have made £800,000 from the sale of two paintings by Jean-Baptiste Greuze in 2006. In 2009, his personal fortune was estimated at £10m by the Sunday Times Rich List.

His publicly available will declared an inheritance of £2.74m; any offshore investments would only have been declared privately to HMRC. Last year, Channel 4 News reported that some of his assets had been left in the tax haven of Jersey.

David Cameron’s personal finances have come under close scrutiny in recent days. The prime minister has mainly worked in politics, first as a special adviser. He also spent time working in PR at Carlton Communications before becoming an MP in 2001.

The Camerons’ first property, a one-bed flat in Notting Hill, was purchased in 1992 for £130,000. Two years later, Cameron traded up to a £215,000 nearby house, reportedly with help from his father and an inheritance from his great aunt. In 2001, the couple took out a £350,000 mortgage on their house in Dean, Oxfordshire, with the interest covered by the taxpayer. The family continues to own the house, estimated to be worth more than £1m.

Cameron’s current register of interests also includes the family’s Edwardian terrace house in North Kensington. Now rented out, the property was reported earlier this year to be worth more than £3.5m.

The prime minister declared a shareholding in Carlton Communications, where he had been head of corporate affairs, on his register of interests in 2002. He is also reported to have owned shares worth £40,000 in Urbium, the owner of London’s Tiger Tiger nightclub, where he earned as much as £28,000 a year as a non-executive director between 2002 and 2005. He inherited £300,000 from his father’s will in 2010.

In 2012, Cameron said he would be prepared to publish the details of his tax returns. He has yet to do so.

A barrister, David Cameron’s older brother swapped ownership with his father to become the sole owner of the family’s £2.3m home in Berkshire in 2006.

Samantha Cameron has worked at the luxury stationery group Smythson since the 1990s, gaining shares in the company as part of her role as creative director. Smythson was acquired in April 2005 by a consortium of City grandees, including members of the Fleming banking family. Samantha Cameron received a £400,000 windfall from the sale. After being sold again in 2009, Smythson is now owned through a holding company in Luxembourg. Mrs Cameron also holds shares in a property company set up by her father, Sir Reginald Sheffield.

Viscountess Astor has two daughters from her first marriage to Sir Reginald Sheffield, including Samantha Cameron. She then married Viscount Astor and they had three children – William, Flora and James. Known as an effective businesswoman, she set up the furniture company Oka, where she serves as chief executive. More than half of Oka’s 86 shareholders are channelled through a company operating out of Guernsey. Oka was reported to be worth an estimated £30m in 2006.

Viscount Astor, who sits as a hereditary peer in the House of Lords, is a director in several companies, including Ancroft Tractors Ltd and Cliveden Securities Ltd. Astor also has a home on the 19,500-acre Tarbert estate on the island of Jura, off the west coast of Scotland, which is owned by a company registered in the Bahamas. The Tarbert estate is owned by Ginge Manor House, an offshore company named after the Astors’ home in Oxfordshire. David Cameron has been a frequent visitor to the Jura estate, praising its peace and quiet.