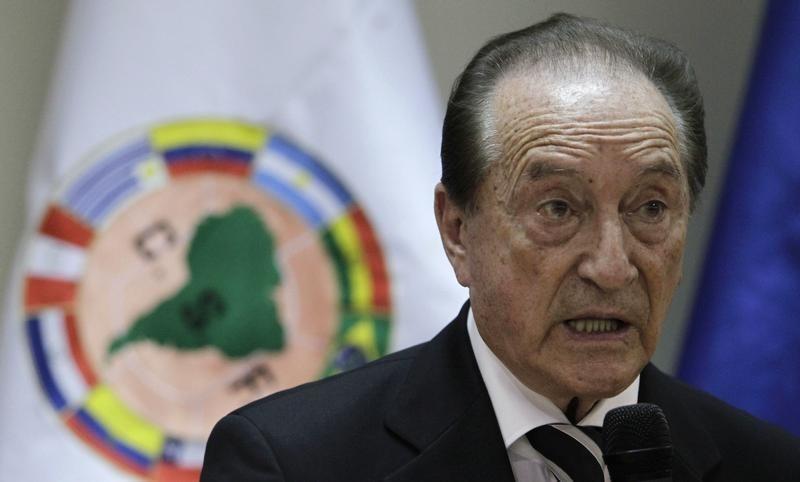 The former head of the South American Football Confederation (Conmebol) has agreed to hand over more than $10 million in stocks and property in a deal to reduce his punishment in the FIFA corruption scandal, a prosecutor in the case said Friday.
Eugenio Figueredo, a former FIFA vice president, also agreed to cooperate with police in Uruguay, where the 83-year-old is from. He was extradited to the South American country in December.

Figueredo was arrested in Zurich last May as part of the sweeping investigation into corruption at soccer’s governing body. He faces charges of money laundering and taking kickbacks to sell media and marketing rights for soccer tournaments and matches across the Americas.

“He reached a deal, as mandated under the law, that includes handing over 12 or 13 properties plus bank accounts and rights to shares he had invested in,” Uruguayan prosecutor Juan Gomez told Reuters.

The properties include nine that were embargoed in June worth $9 million, Gomez said: “We can say the total is more than 10 million dollars.”

The deal could help Figueredo reduce his potential jail time by up to half the maximum 15 years sentence, Gomez said.

The former FIFA executive committee member has been in custody since May and is hoping to be allowed home under house arrest, a right given to defendants over the age of 70. More than 40 people and entities have been charged since May by U.S. justice officials investigating corruption inside FIFA.
Add Comment