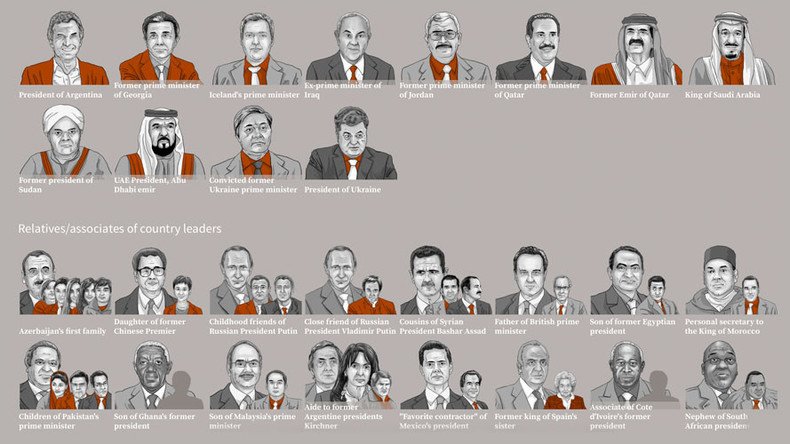 Putin dismisses Panama Papers as an attempt to destabilise Russia

Russian president notes his name does not feature in files, which he says offer no proof of corruption

Vladimir Putin has offered his first response to the revelations in the Panama Papers, describing their publication as an attempt to destabilise Russia and saying there was no proof of corruption in the dossiers.

Speaking at a media forum in his home city St Petersburg, Putin noted that his own name did not figure in the 11.5m files cited earlier this week, and said journalists had sought instead to pin allegations on his “friends and acquaintances”.

He said the articles, produced by dozens of news organisations worldwide, constitute “one more attempt to destabilise the internal situation [and] make us more accommodating,” according to Russian news agencies Interfax and Tass.

“You journalists all know what an information product is,” Putin told the forum. “So they went through this offshore [material]. Your humble servant was not there, but they don’t talk about that. But there’s still a job to be done. So what did they do? They make an information product – they found acquaintances and friends.”

According to the Panama Papers, Putin’s associates used a variety of offshore structures to move vast sums of money around the world.

The president said his longtime friend, cellist Sergei Roldugin, who is linked in the papers to $2bn in offshore transactions, had done nothing wrong. He said he was proud of Roldugin, whom he called “Sergei Pavlovich”, adding that the musician spent his personal money to advance cultural projects in Russia.

Putin said Roldugin spent “almost all the money he earned on acquiring musical instruments from abroad and bringing them to Russia,” Tass reported.

He suggested that the Panama Papers were a plot orchestrated by US government officials and spy agencies. He alluded to a tweet sent by the WikiLeaks founder Julian Assange that mentioned the Organised Crime and Corruption Reporting Project (OCCRP), one of more than 100 media organisations involved in the year-long investigation.

“#PanamaPapers Putin attack was produced by OCCRP which targets Russia & former USSR and was funded by USAID and [George] Soros,” WikiLeaks tweeted.

Putin said: “WikiLeaks has showed us that official people and official organs of the US are behind this.” The “customers” who ordered the Panama Papers’ leak were clear, he said.

#PanamaPapers Putin attack was produced by OCCRP which targets Russia & former USSR and was funded by USAID & Soros. pic.twitter.com/tgeKfLuROn

The OCCRP’s media partner in Russia was the liberal newspaper Novaya Gazeta. On Thursday a member of Russia’s public chamber asked the federal tax service to investigate it because of the Panama Papers project. Artyom Kiryanov suggested that Novaya Gazeta had got foreign funding via the OCCRP. This raised suspicions of a certain bias, he told Tass.

But OCCRP founder Drew Sullivan told the Guardian that it had “never given a penny to Novaya Gazeta, nor would they take it if we offered”. Novaya Gazeta also said it had not received any money from OCCRP.

Roldugin’s fortune would certainly allow him to buy a lot of cellos. Through a secret stake in Russia’s biggest advertising agency, Video International, Roldugin was personally making £6.5m a year, and had almost £19m in cash, the leaked files reveal. This was just one of a string of heavyweight investments attributed to Roldugin.

Roldugin first met Putin in 1977. He is godfather to the president’s older daughter Masha and in 2014 revealed that she had given birth to a baby, Putin’s grandson. The same year Roldugin told the New York Times he was a simple musician and “no businessman”, owning only a dacha and a car.

But the Panama Papers showed $2bn flowing from Russian state banks to offshore companies linked to Roldugin, including a firm in the British Virgin Islands called Sandalwood Continental Ltd.

The money was cycled back to Russia. Some $11.4m of it went to a ski resort outside St Petersburg called Igora, where in 2013 Putin’s younger daughter Katerina got married. Managers at Bank Rossiya in St Petersburg ran Roldugin’s offshore companies, leading credence to the idea that he is a proxy.

The US has designated Bank Rossiya a “crony bank” used by senior Russian government officials. It says its boss Yuri Kovalchuk – another presidential friend – is “essentially Putin’s personal banker”.