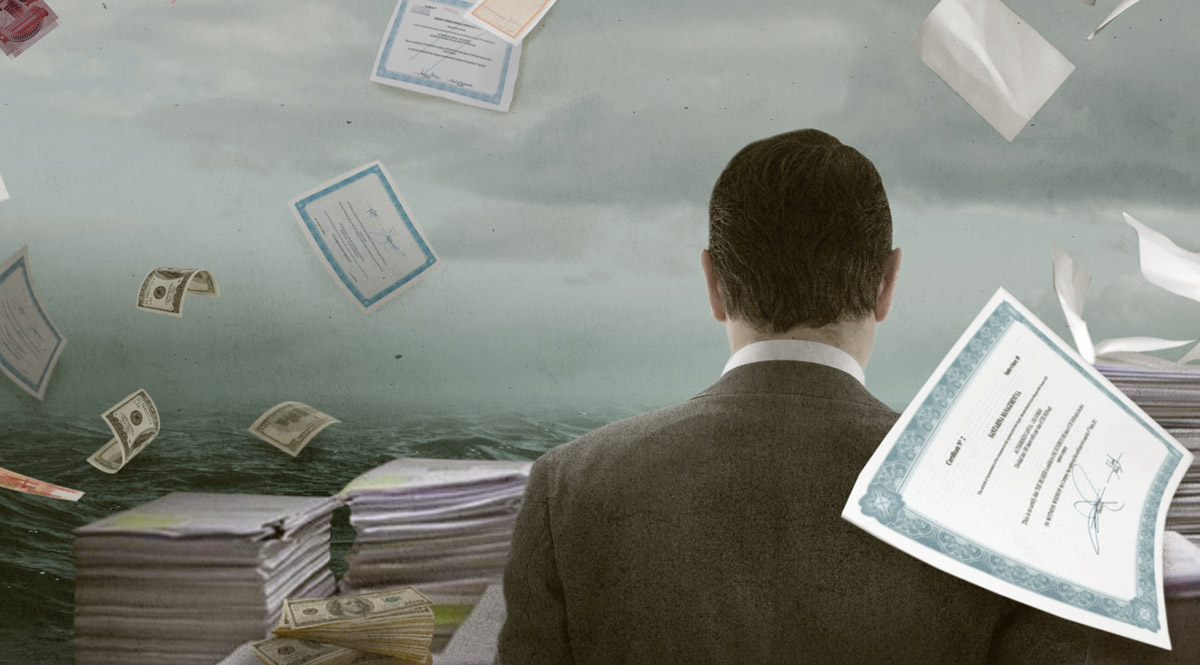 The first people charged with crimes in the U.S. arising from the Panama Papers will face trial in January 2020, according to new court filings.

The first people charged with crimes in the United States arising from the Panama Papers investigation will face trial in January 2020, according to new court filings.

The trial, in New York’s Southern District, will begin almost four years after the International Consortium of Investigative Journalists and more than 100 media outlets began publishing the global exposé of the shadowy world of offshore finance.

* Ramses Owens and Dirk Brauer: Former senior employees of Mossack Fonseca. They were charged with a string of offenses “in connection with their alleged roles in a decades-long criminal scheme,” the DOJ said in a statement.
* Richard Gaffey: A Boston-based accountant charged with conspiracy to commit tax evasion, wire fraud and money laundering. Gaffey appeared before a U.S. court in January to plead not guilty to the charges.
* Harald Joachim Von der Goltz: A former U.S. taxpayer charged with tax evasion, wire fraud and money laundering.

Here’s how the criminal case began, and here are more details we were able to uncover from sifting through the original trove of leaked Panama Papers documents.

Below is a quick wrap of everything that’s happened so far – we plan to bring you the updates as the case moves through the courts. Sign-up to our weekly newsletter to know when more comes out, or bookmark this page for the rolling updates.

The Department of Justice has gone head-to-head with lawyers acting on behalf of former U.S. taxpayer Von der Goltz over whether material published by ICIJ’s media partners The New York Times and La Prensa should be protected by attorney-client privilege.

* New emails show just how quickly DOJ acted after the Panama Papers were published. One attorney wrote to Von der Goltz within weeks of the stories coming out.
* Von der Goltz denies wrongdoing and says the family moved money offshore due to the risks of kidnapping in his native Guatemala. “Having an anonymous company shielded [him] from government intervention,” Von der Goltz told U.S. investigators in a 2016 interview.
* In a separate hour-long deposition in 2017, Von der Goltz challenged The New York Times’ reports on his wealth. “I think it’s all inaccurate,” he said. “It’s totally foreign to me and I don’t know … where they got these contents from.”

District Court Judge Richard M. Berman approved a request by U.S. prosecutors and the defense teams for Von der Goltz and Gaffey to move the trial to January 2020. Opening statements were originally scheduled for Oct. 28, 2019.

After more than one month of silence, a court in New York has just updated the calendar for the major #panamapapers criminal trial. It kicks off in January 2020, just in time for my birthday and more time to watch #TheLaundromatMovie on Netflix. @ICIJorg pic.twitter.com/Rcyy5AxU4C

Lawyers for Gaffey called the case (and the mountain of documentary evidence being tendered by prosecutors) one of the biggest “document dumps” ever in a tax evasion case.

* In their correspondence, Gaffey’s lawyers revealed Credit Suisse gave U.S. prosecutors additional information (including names of clients unrelated to the case.)
* As part of the battle over what information U.S. government lawyers should identify, the accountant’s lawyers claimed the 5.6 million documents involved “is truly massive and virtually unprecedented in a tax evasion case.”

Owens’ lawyers rejected U.S. prosecutors’ descriptions of the attorney as a fugitive and revealed more details about his legal woes within Panama. The U.S. is trying to “flex its muscles” and force Panama to hand him over, Owens’ lawyers allege.

* This document contains the most detail I’ve seen on charges (Lava Jato and Panama Papers – Siemens) relating to the Mossack Fonseca attorney. He’s also been ostracized at home, his attorneys said.

U.S. prosecutors responded to Gaffey and Von der Goltz’s motion to produce documents. Prosecutors argue that they have made reasonable efforts to help the accused understand the files and that this is “not a document dump.”

Owens, one of the former senior employees at Mossack Fonseca, was prevented from leaving Panama to attend proceedings in the U.S. His lawyers complained that U.S. prosecutors had taken data from his cell phone.

Lawyers for accountant Richard Gaffey, who was charged with conspiracy to commit tax evasion, alleged U.S. prosecutors were trying to “hide” behind millions of documents and accused the government of “gamesmanship.”