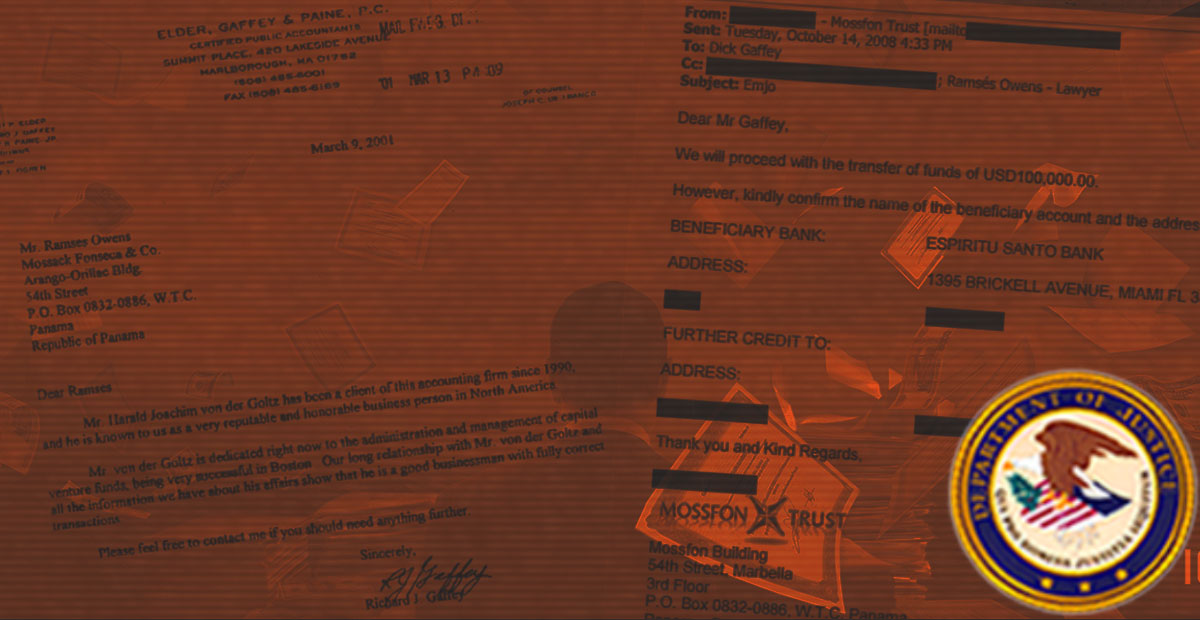 "Meaningful sentences must be given... to forewarn others of the consequences for engaging in multi-year tax fraud," prosecutors argue.
The first people to plead guilty following the United States government’s response to the Panama Papers investigation should spend “significant” time in jail, prosecutors say.

U.S. officials last week recommended prison for Harald von der Goltz and his accountant Richard Gaffey. Both men pleaded guilty to financial crimes earlier this year and are at home on bail.

“For decades, von der Goltz orchestrated a complex fraudulent scheme for the purpose of evading tax payments that he owed to the United States,” prosecutors wrote about the 83-year-old. Prosecutors estimated that von der Goltz evaded paying more than $3.4 million in taxes.

Von der Goltz, helped by Gaffey and Ramses Owens, a Panamanian lawyer with the firm Mossack Fonseca, created fake documents and pretended that his elderly, blind mother in Guatemala owned offshore companies worth tens of millions of dollars. Von der Goltz also helped others, including his sons, evade U.S. taxes. Owens is still wanted by the U.S. and remains in Panama.

“Hundreds of billions of dollars are lost every year because people like the defendant choose to shirk their responsibilities as taxpayers,” prosecutors wrote. “Put bluntly, meaningful sentences must be given in cases such as this to forewarn others of the consequences for engaging in multi-year tax fraud.”

The New York Times, in collaboration with the International Consortium of Investigative Journalists, reported on von der Goltz’s work with Mossack Fonseca in June 2016. One day after the story, prosecutors said, von der Goltz left a voicemail with Gaffey.

“Unfortunately,” von der Goltz said, “with the interview I had with the IRS [Internal Revenue Service]and the, whatchamacallit, the Justice Department, I think there’s some bad issues regarding having lied, so that’s of course critical for me now, I’m in real trouble.”

Von der Goltz, also known as Gogo, left the U.S. while under investigation and continued to mislead U.S. investigators as the net closed in, authorities said.

“Every tax fraud is theft from the pockets of every taxpaying citizen of this nation,” prosecutors said.
Add Comment