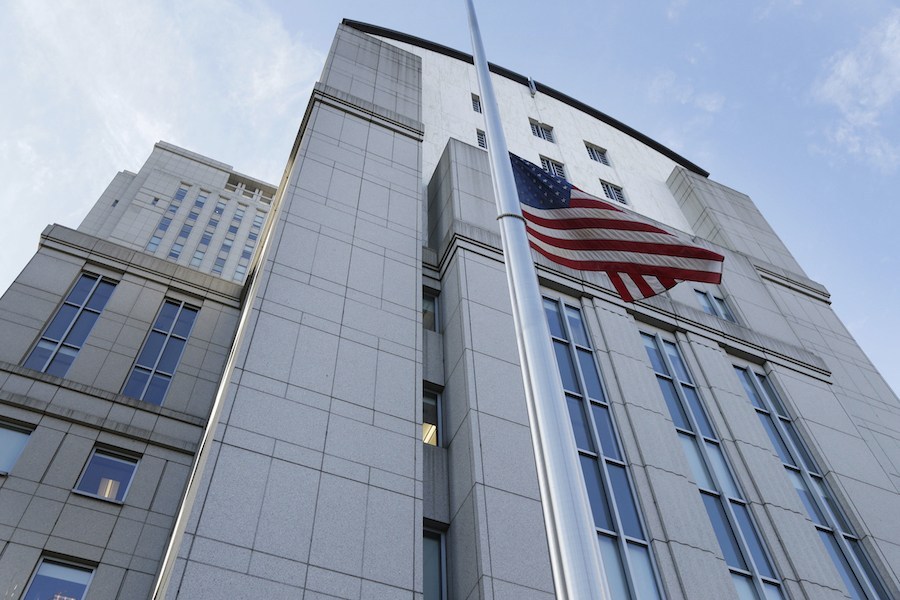 Precluding a trial on massive tax dodges unearthed in the Panama Papers leak, an accountant implicated in the scheme pleaded guilty Friday.
Richard Gaffey, 75, had been one of four men arrested after the exposure of 11.5 million files from the Panamanian law firm Mossack Fonseca implicated leaders and luminaries in illegal asset shuffling.

“I apologize to the government and the court for my actions,” Gaffey told U.S. District Judge Richard Berman this morning, admitting to eight criminal charges.

After obtaining a record-breaking trove of leaked documents, the German newspaper Suddeutsche Zeitung partnered with the International Consortium of Investigative Journalists, Organized Crime and Corruption Reporting Project, and media companies in 70 countries on an investigation showing how the rich stashed their wealth.

Embarrassing world leaders like Russia’s Vladimir Putin, Britain’s David Cameron and the United States’ Donald Trump, the Panama Papers also turned up the heat on Mossack Fonseca, its clients and its associates. Federal prosecutors in New York unsealed their first indictments in late 2018.

“In order to avoid paying the tax on the investment income that those foreign investment companies earned, I falsely claimed that those entities did not belong to me and instead belonged only to my mother who was not a U.S. person and, thus, did not pay taxes in the United States,” van der Goltz conceded last week.

Van der Goltz’s indictment identified his mother as a 102-year-old from Guatemala, and Gaffey admitted today to helping van der Goltz in his ruse.

Pleading guilty to eight allegations of a tax-evasion conspiracy, money laundering, wire fraud and identity theft, Gaffey opens himself up to a possible 67-year sentence, but his plea deal calculates his guidelines at roughly eight to nine years of imprisonment.

His restitution is calculated at more than $3.4 million and his maximum forfeiture is more than $5.3 million.

The potentially heavy penalties highlight a conspicuous absence in Gaffey’s 10-page plea agreement, which makes no mention of cooperation in the Panama Papers investigation.

Gaffey’s attorney Bill Lovett, of the firm Hogan Lovells, declined to comment on the plea.

With the two pleas, the future of the Panama Papers prosecution in the United States remains a mystery. Two other men indicted by federal prosecutors in New York — German investment advisor Dirk Brauer and Mossack Fonseca attorney Ramses Owens — are not in U.S. custody.

Before his surprise change of plea, Gaffey had intended to go to trial and face new evidence that prosecutors promised would go beyond the revelations of the half-decade old reporting. Assistant U.S. Attorneys Euan Choi and Nathan Rehn vowed to call a German law enforcement official to authenticate both Panama Paper documents and other bank records not disclosed in those leaks.

Gaffey’s sentencing has been scheduled for June 29 at 11 a.m.
Add Comment