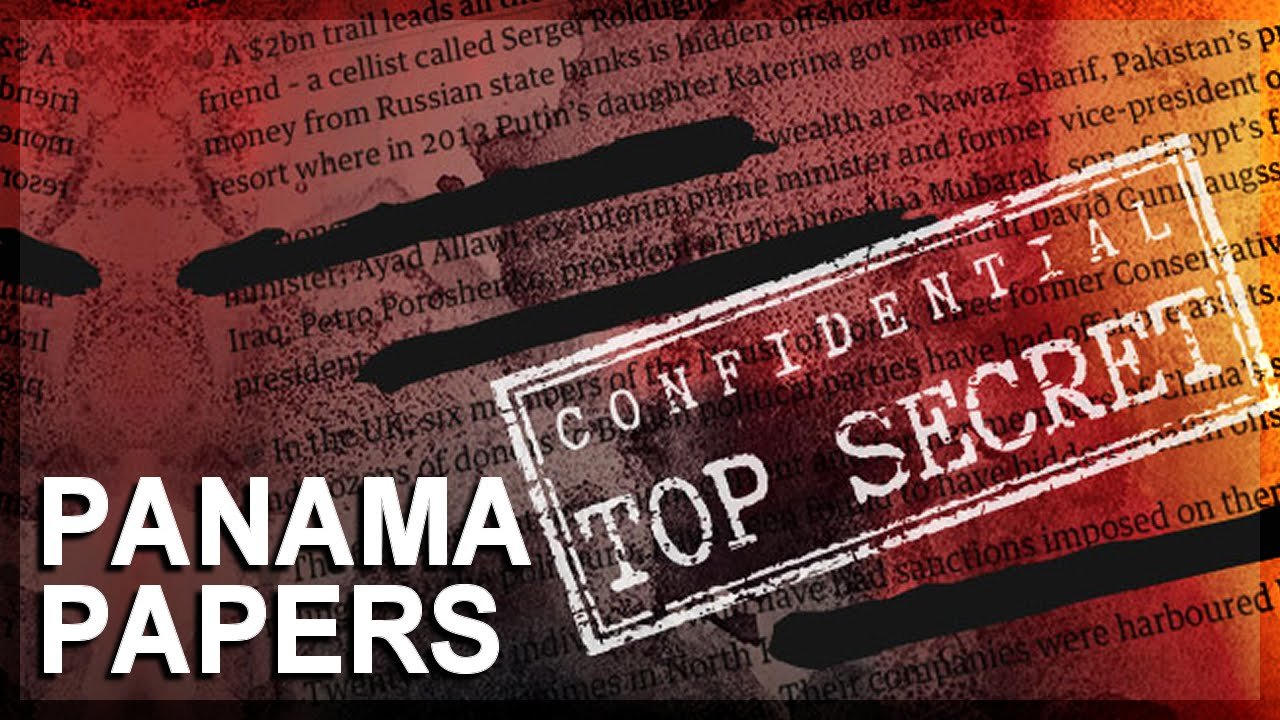 Apart from the world of business and politics, the Panama Papers leak has shaken the art world as well. The leak that excelled the Wikileaks and Snowden affairs showed the multitude of ways in which the richest exploit secretive offshore tax regimes. Implicating 143 politicians, twelve national leaders included, criminals, businessmen and their close associates and nemeses, these documents present a great example of how money connects people.

Most importantly, these papers demonstrate how global capitalism works, creating the world where the rules of the game are inaccessible and obscured from the majority of ordinary people. Since the world of art is not excluded from global money flows, the leaked document now reveals numerous connections between the art market and the murky world of offshore corporations.

The controversy so far involves a famous Modigliani painting, the biggest art auction sale in history, and a few businessmen. 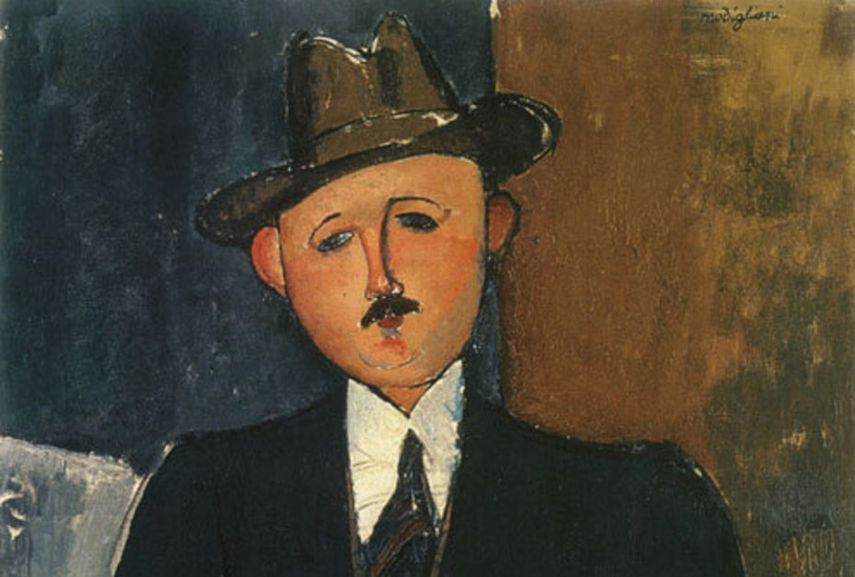 Modigliani - A Seated Man with a Cane (detail), via secretmodIgliani.com

Philippe Maestracci is the grandson of the Jewish art dealer whose collection was looted by the Nazis during the war. By a chance discovery, he learned that the painting Seated Man with a Cane by Amadeo Modigliani worth $25 million, believed to be looted by Nazis, might now be in the hands of one of the art world’s most influential families, the Nahmad family.

The Nahmads have insisted that the family does not own the painting, but the offshore company called International Art Center registered by a Panamanian law firm. After a four-year-long court case and a Panama Papers leak, it turned out that David Nahmad controls and owns this offshore company, established in 1995 with the help of the law firm Mossack Fonseca. Nahmad being Jewish once stated he would never accept art looted by the Nazis. After this revelation, the painting has been requested in Geneva and the new criminal procedure has been opened.

Mossack Fonseca has helped many of its other clients to secretly carry out high-end art transactions for masterpieces by artists such as Van Gogh, Rembrandt, Chagall, Matisse Basquiat and Warhol. Some of its other clients are well-known art collectors Thyssen-Bornemisza clan, Chinese entertainment magnate Wang Zhongjun and Picasso's granddaughter, Marina Ruiz-Picasso. None of them would comment on the scandal. 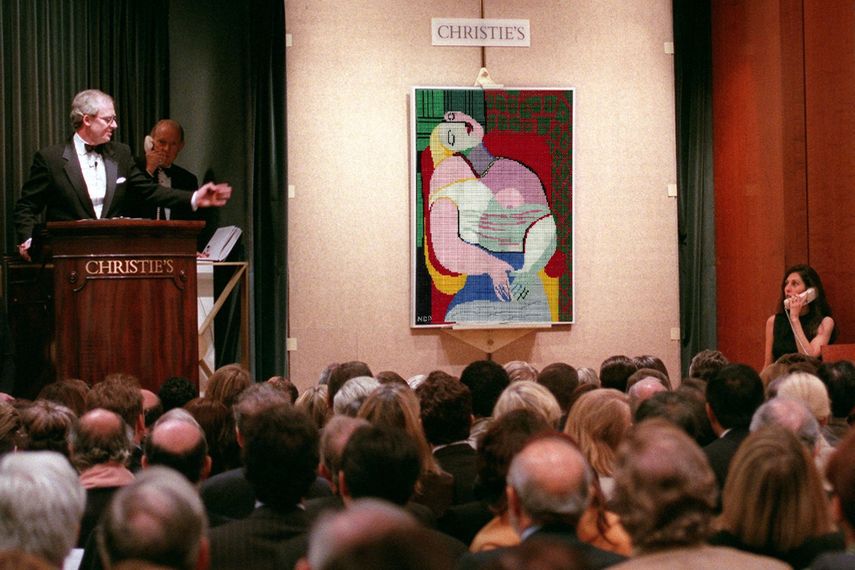 The Dream at the auction at the Christie's, via parodiesandvariations.wordpress.com

The art sale at Christie’s in New York in November 1997 is referred as one of the biggest art sales in history, breaking all records and officially transforming art into global commodity. The famous collection by Victor and Sally Ganz was sold for a record $206.5 million.

The Ganzes were collecting the pieces by Picasso, Frank Stella, and were close friends of Jasper Johns, Robert Rauschenberg and Eva Hesse, but the collection was sold after their death by their heirs. Disclosed up until the Panama Papers leak, it was revealed that the collection was already sold months before the auction to the company Simsbury International Corp, created solely for the Ganz transaction. Unsurprisingly, the company’s registered agent was Mossack Fonseca.

This auction turned to be one of the most lucrative ones for Christie’s at the time, but the nature of the arrangement between the family and auction house is yet unclear. 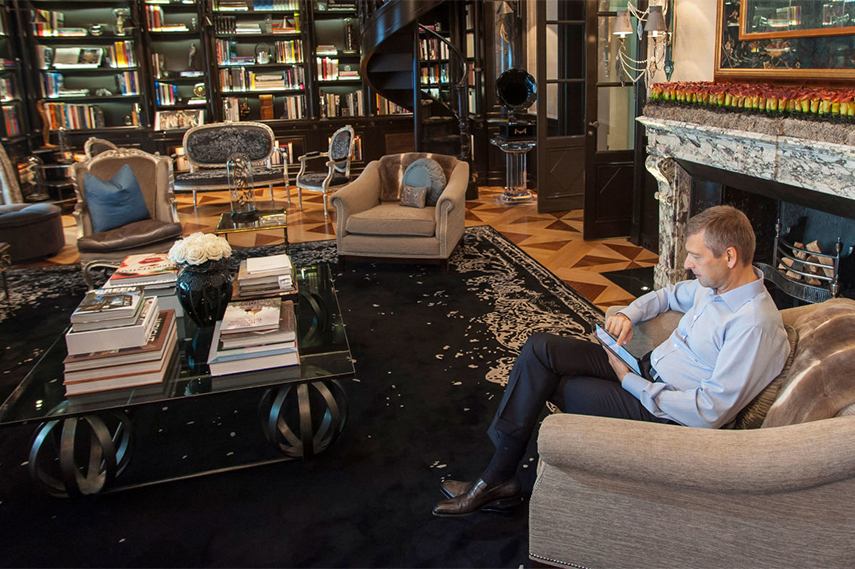 One of The Biggest Art Frauds in Recent Years

The Russian billionaire Dmitry Rybolovlev recently found himself in the middle of an art scandal. Rybolovlev has bought 37 masterpieces worth $2.1 billion with the professional help of the art dealer Yves Bouvier who acted as the middleman in private deals. Soon after, Rybolovlev has accused Bouvier of scamming him for over $1 billion.

The accusations involved fraudulently marking up of the prices of paintings before the sale. It now turned out that both men are clients of Mossack Fonseca. In the light of these allegations, the Rybolovlev family trust has described them as inaccurate. 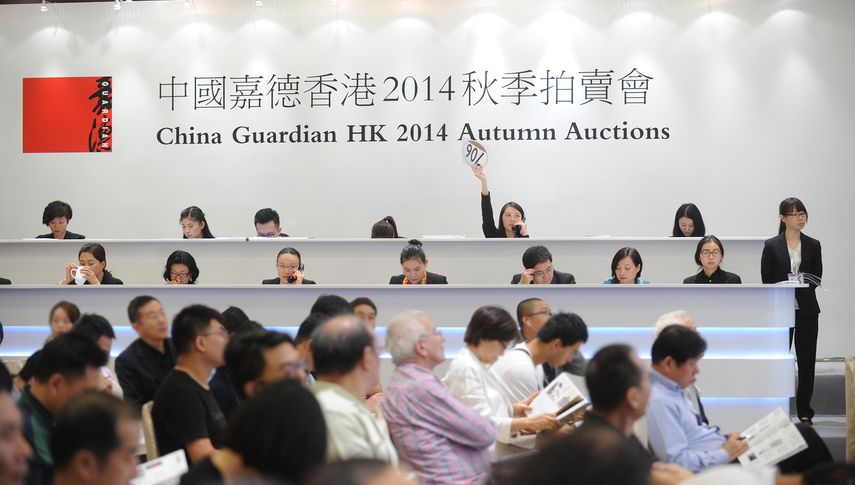 The Top of the Chinese Elite

China’s political and economic elite was not excluded from Panama Papers scandal. One of the most interesting revelations is the fact that Chen Dongsheng, the founder of the world's fourth-largest art auction house China Guardian, used Mossack Fonseca to set up the company Keen Best International Limited, registered in the British Virgin Islands.

The role and function of this company are yet unknown, but it is interesting that is was founded around the same time Chen married Kong Dongmei, the granddaughter of Chairman Mao.

When the marriage was revealed, the controversies concerning Kong Dongmei marrying a capitalist emerged. Even though there are still no accusations of wrongdoing by Chen Dongsheng, the sole involvement of a relative of senior officials in this scandal is an embarrassment to the communist elite.

The Shadiness of the Art Market

All these revelations show a world of poorly regulated art trade industry where anonymity enabled with the help of offshore corporations is used to perform all kinds of dubious transactions.

The total wealth of art billionaires was estimated to be $32.6 billion in 2013, and it is increasing at a very fast rate due to the market growth. Many of art transactions are strictly private with as little public information as possible.

Even though the public auctions provide some transparency regarding the prices, the buyers and sellers still remain anonymous. Art has become a lucrative business for the richest people in the world, but also a very convenient one for money laundry in remote and secluded places.