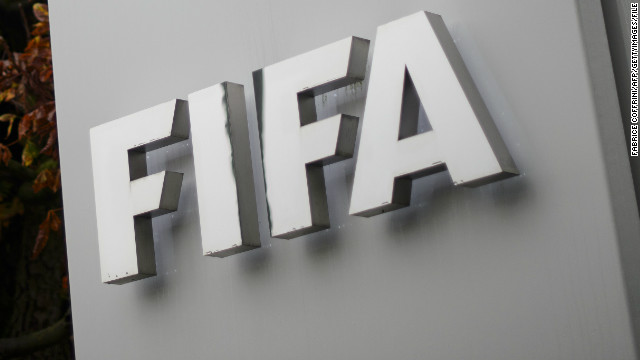 But just over a month after Gianni Infantino's election, FIFA has been caught up in a massive leak of documents -- dubbed the Panama Papers -- which allege business ties between a member of FIFA's ethics committee and men indicted for corruption.

FIFA says it has launched an investigation into that member —Uruguayan lawyer Juan Pedro Damiani— and alleged links to three men indicted on corruption charges by U.S. authorities.

The alleged ties were drawn from more than 11 million documents leaked from Mossack Fonseca, a Panama law firm that allegedly helped set up secret shell companies and offshore accounts.

The documents go back decades and reference everyone from world leaders to public officials, according to the International Consortium of Investigative Journalists (ICIJ), which carried out the yearlong investigation, in cooperation with more than 100 different news organizations.

In the case of FIFA, the three men allegedly linked to Damiani in the leak are Eugenio Figueredo, a former FIFA vice president, and Hugo and Mariano Jinkis, a father and son who ran a sports marketing business in Argentina.

The leaked documents allegedly show that Damiani and his law firm undertook work for at least seven offshore companies linked to Figueredo, who has been charged by U.S. authorities with money laundering and wire fraud.

"Our firm did not maintain any business relationship or conduct business with or for Mr. Eugenio Figueredo, nor for any of the other people mentioned in the newspaper article," the legal firm J.P. Damiani said in a statement to CNN.

The records do not suggest that Damiani, who is also president of Uruguayan club Penarol, acted illegally nor do they accuse the law firm of acting outside of the law.

The spokesman went on to say, "After receiving the information Dr. Cornel Borbély, chairman of the investigatory chamber of the Ethics Committee, has immediately opened a preliminary investigation to review the allegations in question. Dr. Borbély is currently looking into said allegations in order to determine if there is a breach against the FIFA Code of Ethics and decide any further measures. "

Regarding the FIFA corruption scandal, and the supposed CONMEBOL irregularities, Damiani said that as Penarol president he "reported the case to the FIFA Ethics Committee and the CONMEBOL Ethics committee.

"It is very unreasonable to be the complainant, to have been the witness who ratifies the complaint and to have any link with the denounced activities," added Damiani.

"That is probably why, because I had the courage of making a complaint, that there are people who are interested in damaging my reputation and good name with false and unfair allegations"

A German newspaper, Suddeutsche Zeitung, obtained the data files from an anonymous source and shared them with the ICIJ. CNN hasn't been able to independently verify the ICIJ reports and has reached out to those named.

Damiani has worked on the ethics committee since 2003 and was involved in deciding the suspension of Sepp Blatter, the former FIFA president.

Since being elected in February to succeed Blatter, Infantino has spoken repeatedly about a "new era" for football, but the leaked documents have put the focus back on corruption claims that have dogged world football's governing body.

Figueredo, now 84, was a FIFA vice-president until 2014. He was arrested last May in Zurich on charges of corruption in an investigation launched by U.S. authorities.

The former head of the South American Football Confederation (Conmebol), Figueredo has reportedly agreed a plea bargain deal to reduce his punishment in the FIFA corruption scandal, which could help him reduce his potential jail time by up to half the maximum 15 years sentence, according to the prosecution, said Reuters.

Both Hugo and Mariano Jinkis are under house arrest in Argentina as they face proceedings for extradition to the U.S. Their lawyers have previously told journalists that they are innocent of all accusations.

Several news organizations published reports Sunday about the many people named—from sports officials to world leaders—in the more than 11 million documents leaked from Mossack Fonseca, the law firm that allegedly facilitated the creation of secret shell companies and offshore accounts.

Shell companies and offshore accounts can be used to mask the origin of financial transactions and ownership, though the documents do not necessarily indicate illegal activity.

Ramon Fonseca Mora, a co-founder of Mossack Fonseca, told CNN that the information published about the firm was false and full of inaccuracies.
In longer statements provided to the ICIJ, the firm said that the parties "in many circumstances" cited by the ICIJ "are not and have never been clients of Mossack Fonseca."
Add Comment