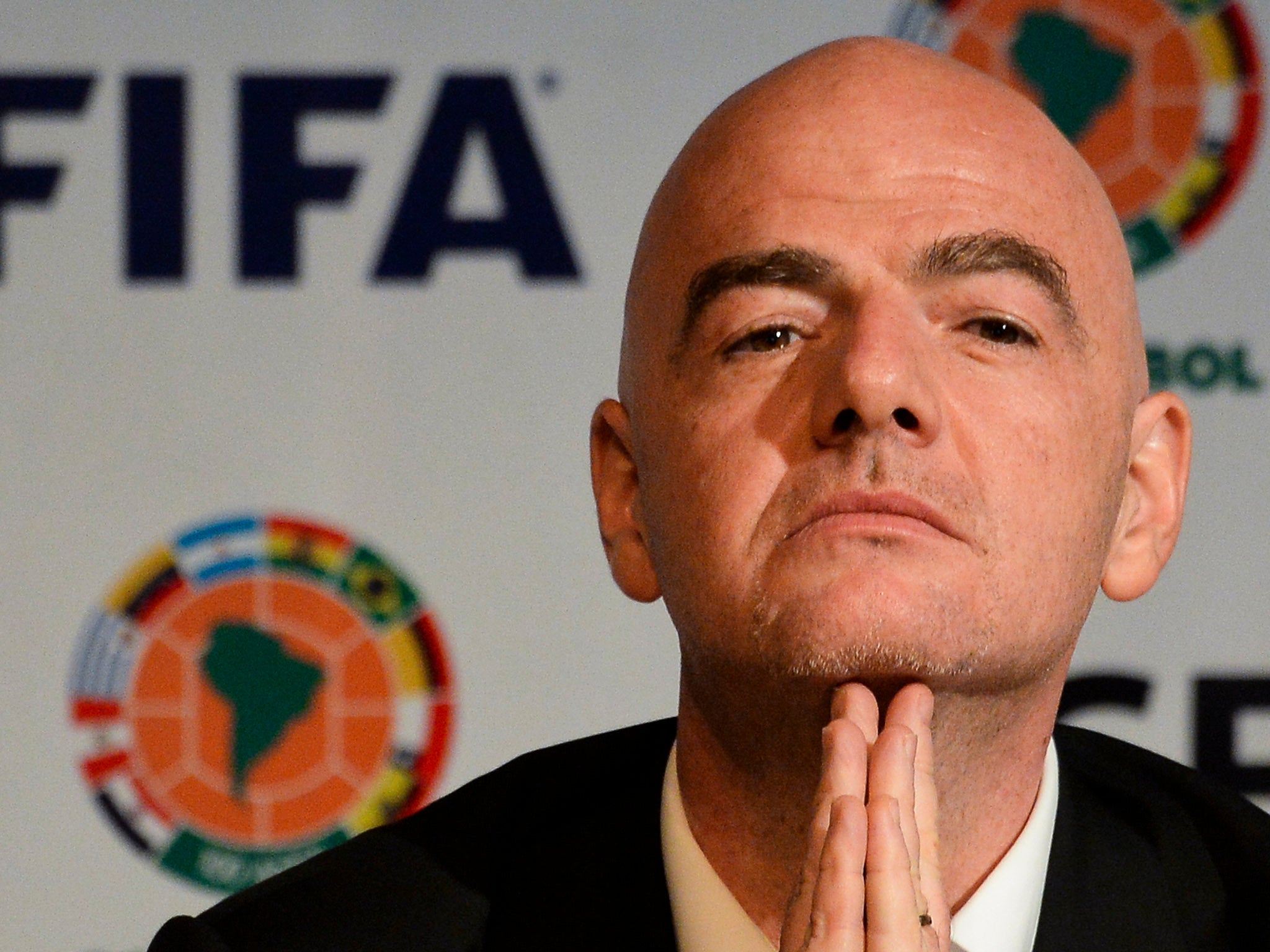 Files published by the International Consortium of Investigative Journalists on Sunday allegedly connect Fifa's new president, Gianni Infantino, to one of the figures indicted by the US government last year over bribery during the World Cup bidding process.

The "Panama Papers" are a cache of 11.5m documents leaked from the records of Panama-based law firm Mossack Fonseca which show at least 12 current and former world leaders, 128 politicians, public officials, billionaires and celebrities involved in 214,000 offshore companies.

Mr Infantino, who was previously the director of legal services for football's European governing body Uefa, co-signed a series of contracts between 2003 and 2006 between Uefa and Hugo Jinkis - despite previously insisting he had had no dealings with any of the men connected with the bribery scandal.

The files show that Uefa sold the South American broadcasting rights to the Champions League, the Uefa Cup and the Super Cup to an Argentinian company called Cross Trading.

Cross Trading immediately sold the rights onto broadcaster Teleamazonas. The company is a subsidary of a company called Full Play, which is owned by Hugo Jinkis.

US prosecutors have accused Mr Jinkis of handing over millions of dollars in bribes and kickbacks to football executives for media and marketing rights.

Mr Infantino said he was "dismayed" that his "integrity is being doubted".

He told Sky News: "I am dismayed and will not accept that my integrity is being doubted by certain areas of the media, especially given that UEFA has already disclosed in detail all facts regarding these contracts.

"From the moment I was made aware of the latest media enquiries on the matter, I immediately contacted UEFA to seek clarity.

"I did this because I am no longer with UEFA, and it is they who exclusively possess all contractual information relating to this query.

Uefa has denied any wrongdoing by any of its own officials or marketing partners in connection with the bids and said that the contracts are all above board.

A spokesman told the Guardian that they had no way of knowing Mr Jinkis would be implicated in the bribery scandal ten years later.

He said the rights were sold in "an open, competitive tender process" and the Cross Trading offer was 20 per cent higher than the next best bid.

“There is no suggestion whatsoever of any Uefa official or marketing partner taking any form of bribe or kickback, whether in relation to this tiny deal, or any other commercial transaction.

“The TV contract in question was signed by Gianni Infantino since he was one of several Uefa directors empowered to sign contracts at the time. The contract was also co-signed by another Uefa director. It’s standard practice.”

Last year, the FBI arrested 16 Fifa officials over allegations that they allowed Russia and Qatar to "buy" the opportunity to host the 2018 and 2022 World Cups.

The resulting scandal led to the downfall of former Fifa President, Sepp Blatter, who was replaced by Mr Infantino earlier this year.
Add Comment