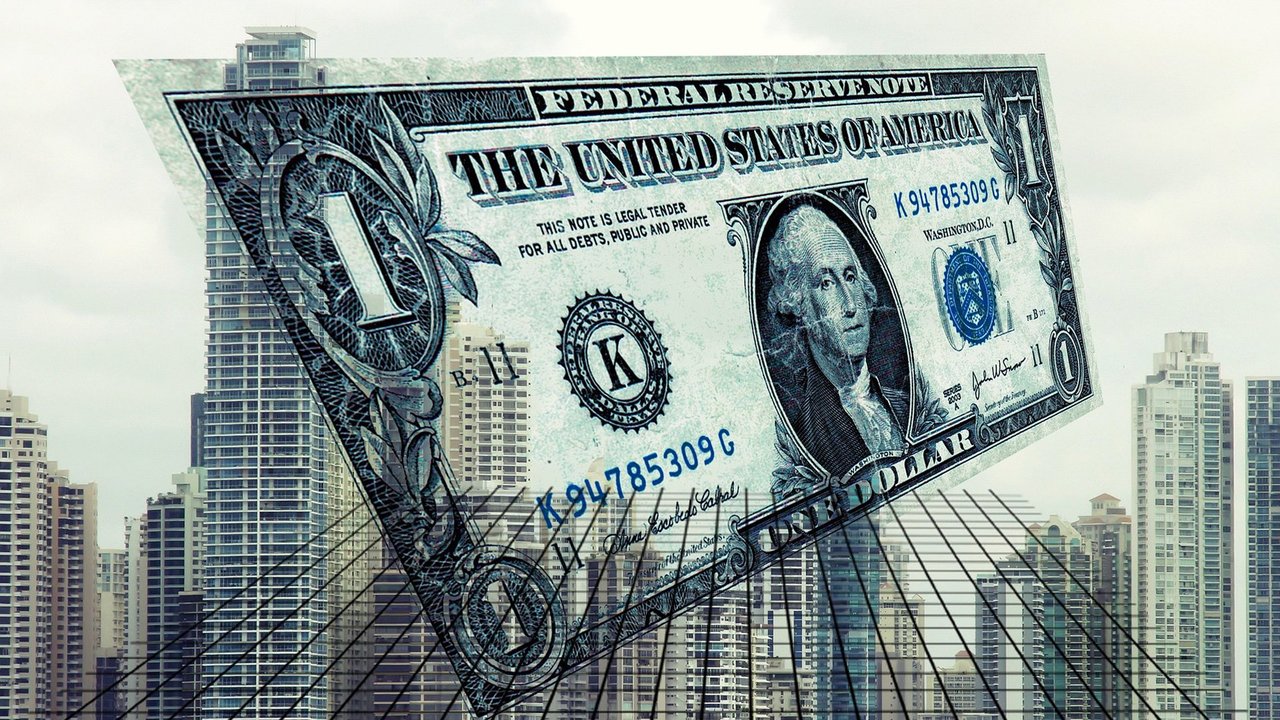 Barack Obam: “A lot of this is legal. But that’s exactly the problem.”

Which politician will be the first to demand greater transparency? Who will shout the loudest to get rid of tax havens? If it weren’t such a serious issue, one could place bets. In recent years, the revelations of courageous whistleblowers and international teams of reporters have shaken up the financial world, perhaps more so than any other sector. In 2013, Offshore Leaks uncovered business dealings in the Caribbean and the South Pacific. A year later, Lux Leaks revealed the tax deals of major corporations, and Swiss Leaks followed in 2015. Then, in 2016, the Panama Papers were published. With every leak, politicians responded with big words.

After the Panama Papers story broke around the world, former U.S. President Barack Obama went so far as to call for reforms in the international tax system that would shed light on the grey areas of offshore business transactions:

Barack Obam:“A lot of this is legal. But that’s exactly the problem.”

The OECD also issued statements, as did the European Union and the United Nations. But what has happened in the year that has since passed?

According to non-governmental organizations such as Germany’s Netzwerk Steuergerechtigkeit (Tax Justice Network), the Panama Papers could potentially change something – in contrast to previous leaks. Porter McConnell, the Director of the Financial Transparency Coalition, says that the Panama Papers rattled the world. However, until now, in most countries the courts have proven more determined than politicians.

At the very least, in many countries the Panama Papers have sparked a debate about what is acceptable behavior for a politician and what isn’t, how much transparency is necessary, and how much is problematic. In Malta, for instance, where the chief of the cabinet and a minister appeared in the Panama Papers, the opposition demonstrated in Parliament this past February. Politicians wore signs that read:

“I have no secret companies in Panama…“

While the rest was left to the imagination, the sentence could easily have ended with the words “…unlike some members of parliament.” In Mongolia, the government responded to the Panama Papers with a new law that will make it illegal for politicians and civil servants to own offshore companies. And in Ecuador, a large majority voted in favor of a similar bill.

At present, investigations against the Mossack Fonseca law firm or its clients are ongoing in around 80 countries. Inquiries have also been launched and suspects arrested. Investigators on four continents have searched offices, apartments, and warehouses. In Argentina, an investigation has been launched against President Mauricio Macri. And in Pakistan, the Supreme Court has spent the past several months investigating those members of Prime Minister Nawaz Sharif’s family who appeared in the Panama Papers. As a result of Panama Papers reports, governments around the world have already collected more than 100 million dollars, and investigators say this is just the beginning. When it comes to financial crime, investigations often take years.

In the Panama Papers database of the International Consortium of Investigative Journalism (ICIJ), Europol found 3469 potential matches with persons and companies from its own databases. 116 of these matches are related to an investigation on Islamist terrorism. Just a few days ago, an extensive network of fraudsters that stretched from Florida to Aruba and Panama was uncovered with the help of the ICIJ database. According to the Süddeutsche Zeitung’s information, there are currently around 500 ongoing investigations in Germany related to Mossack Fonseca.

How serious is Panama about reform?

Moreover, the number of people voluntarily disclosing their offshore activities has increased in quite a number of countries. In Austria, the number was 11 percent higher in the first half of 2016 than in the same period the previous year. What is more, Canada has announced it intends to fight tax evasion more aggressively. According to media reports the Canadian tax authority will no longer grant amnesty to fraudsters simply for turning themselves in. The authorities want to take more cases to court.

Following the revelations, Panama itself pledged to exchange information with other countries; however, negotiations with the German Federal Government are currently stalled. Moreover, Panama’s president Juan Carlos Varela put together an expert commission with a great deal of fanfare. At least in theory, its aim is to save Panama’s reputation as a financial center and make recommendations to prevent the country from being used for money laundering purposes or illegal business dealings.

Two of the most well-known members of the group – the American economist and Nobel Prize laureate Joseph Stiglitz, as well as the Swiss criminal law professor and anti-corruption expert Mark Pieth – stepped down from the commission in protest within just a few weeks, accusing the Panamanian government of censorship. Of the five remaining members, at least three have done business with scandal-plagued Mossack Fonseca in the past.

Nevertheless, the commission published its report in November. It recommended that a database be created containing the names of the true owners of shell companies. However, the report fell short of suggesting that the list should be publicly accessible. After all, disclosing names would mean the end of the shell company business. While the commission sees the need to reform the offshore sector, it clearly does not want to eliminate it.

For years, experts have been calling for a public registry. This would make it more difficult for shady characters to hide behind the shell companies that keep them anonymous. The idea is that, behind every company, a real person either makes money off of business transactions or is liable for them. And this is precisely the information that should be publicly accessible. But this would eliminate secrecy, and thus also the reason why shell companies are generally set up in the first place.

As a result of the Panama Papers, the offshore sector has lost its unique selling point: absolute secrecy. Clients of Mossack Fonseca or of one its competitors can no longer be certain that someone, somewhere isn’t connecting a USB stick to a computer, downloading confidential documents, and passing them on to journalists, activists, or the authorities. The risk is significant. Perhaps this is one of the reasons why the number of companies founded in several tax havens, for instance in the British Virgin Islands, decreased dramatically after the Panama Papers were published.

After the story broke, several countries promised they would introduce a public registry. In Sweden, such a registry is currently being planned. And in December, a cross-party alliance of 80 parliamentarians in the UK demanded greater transparency in the 14 British overseas territories – including the British Virgin Islands – which are among the dodgiest tax havens worldwide. The MPs demanded that a public registry of companies be introduced by 2020. According to media reports, the Australian government is also working on a similar law. However, it remains unclear when it will enter into force.

Germany's transparency registry is likely not going to be publicly available

In response to the Panama Papers, the German government also announced a transparency registry for companies in Germany. This initiative is nothing new: in order to comply with the European Union’s fourth anti-money-laundering directive, which aims to fight money laundering and tax evasion, all EU member states are required to introduce such a registry by the summer of 2017.

However, the German draft proposal for the implementation of the EU directive has a decisive snag: the new company registry that will list the names of the true beneficiaries of German companies and trusts is likely not going to be publicly accessible. This is in contrast to the original promise. Only in exceptional circumstances will “persons with a legitimate interest” gain access to the registry. This will make the announced transparency registry rather intransparent, and company shareholdings in Germany will remain largely opaque. Germany’s Federal Minister of Finance Wolfgang Schäuble – the very politician who called for the full transparency of the offshore industry after every leak on tax havens – pushed for this watered down version of the registry himself. The German Bundesrat has just voted to recommend a public register, but this recommendation is not binding.

Though in Brussels, new rules have been proposed in the wake of the Panama Papers that would lead to greater transparency in all member states. The European Parliament is planning to make the money-laundering directive even stricter. The result will be the fifth directive in the fight against tax evasion, money laundering, and the financing of terrorism. The company registry for EU member states would have to be publicly accessible, and Germany would also be obliged to open its “transparency registry”. In tax questions, however, decisions must be taken unanimously. Without Germany's approval, nothing will happen.

Representatives of banks have not shown up to EU hearings

Members of the European Parliament have created a means of keeping up the pressure: the Committee of Inquiry into Money Laundering, Tax Avoidance, and Tax Evasion (PANA), which is also referred to as the Panama-Papers committee. The committee’s weakness, however, is that it can invite companies, but not require them to testify before it. Whoever doesn’t want to appear can’t be made to. As a result, representatives of banks that appeared in the Panama Papers have simply not shown up to hearings. One of them is the head of the private Berenberg Bank in Hamburg, which accepted alleged drug criminals and weapons dealers as customers. Representatives of the major Swiss bank UBS also failed to appear. The bank that established and managed hundreds of shell companies didn’t see the need to answer the questions of European members of parliament. And they are not alone. The list of people who have declined the committee’s invitations is long.

There is another problem still: when someone does appear to testify before the committee, they usually don’t have much to worry about. The European Parliament is no U.S. Congress, which has grilled many a corporate boss. Nothing comparable has happened in Brussels, as the procedure makes asking the hard questions difficult. Interrogators are constantly changing, and so many issues are addressed that allegedly illegal practices can hardly be discussed. It is often almost impossible to dig deeper. If a respondent avoids a question, further inquiry is often not permitted, as the speaking time allotted to interrogators and guests has a clearly set limit.

In its efforts to create a black list of tax havens, the EU recently sent letters to a total of 92 countries. The United States and Switzerland were among the countries that were invited to engage in a “dialog”. The list is to contain the names of all tax havens that the European Union considers to have breached the principles of transparent and fair tax competition. This could put countries such as Panama under public pressure. The list is to be completed by the end of this year, and the selection criteria were the subject of lengthy debates. At the very least, the EU finance ministers reached an agreement on the question of whether a zero percent tax rate could actually be considered a tax: states will no longer be able to cite tax freedom as a reason to avoid a spot on the EU’s tax haven black list.