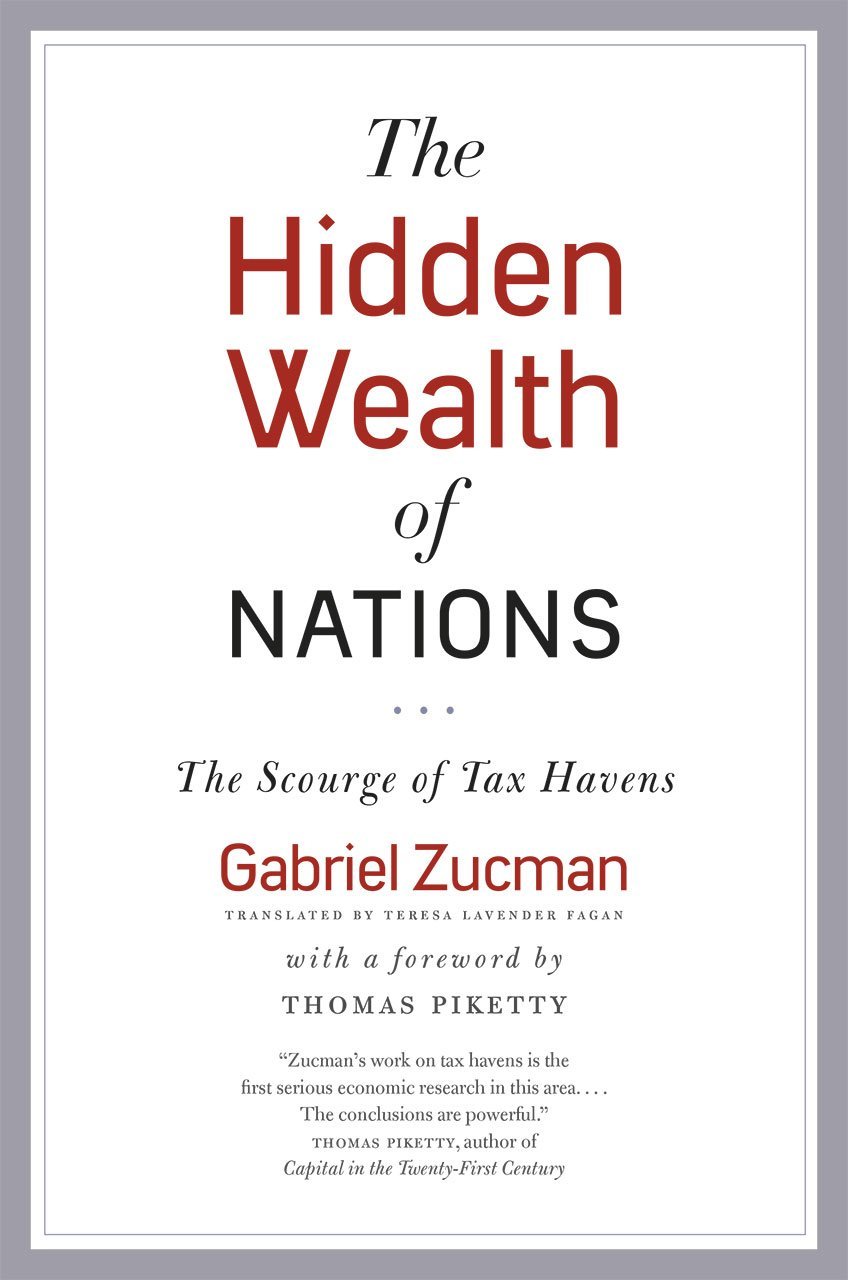 The Hidden Wealth of Nations: The Scourge of Tax Havens

We are well aware of the rise of the 1% as the rapid growth of economic inequality has put the majority of the world’s wealth in the pockets of fewer and fewer. One much-discussed solution to this imbalance is to significantly increase the rate at which we tax the wealthy.
But with an enormous amount of the world’s wealth hidden in tax havens—in countries like Switzerland, Luxembourg, and the Cayman Islands—this wealth cannot be fully accounted for and taxed fairly. No one, from economists to bankers to politicians, has been able to quantify exactly how much of the world’s assets are currently hidden—until now. Gabriel Zucman is the first economist to offer reliable insight into the actual extent of the world’s money held in tax havens. And it’s staggering.

In The Hidden Wealth of Nations, Zucman offers an inventive and sophisticated approach to quantifying how big the problem is, how tax havens work and are organized, and how we can begin to approach a solution. His research reveals that tax havens are a quickly growing danger to the world economy. In the past five years, the amount of wealth in tax havens has increased over 25%—there has never been as much money held offshore as there is today. This hidden wealth accounts for at least $7.6 trillion, equivalent to 8% of the global financial assets of households. Fighting the notion that any attempts to vanquish tax havens are futile, since some countries will always offer more advantageous tax rates than others, as well the counter-argument that since the financial crisis tax havens have disappeared, Zucman shows how both sides are actually very wrong. In The Hidden Wealth of Nations he offers an ambitious agenda for reform, focused on ways in which countries can change the incentives of tax havens. Only by first understanding the enormity of the secret wealth can we begin to estimate the kind of actions that would force tax havens to give up their practices.

Zucman’s work has quickly become the gold standard for quantifying the amount of the world’s assets held in havens. In this concise book, he lays out in approachable language how the international banking system works and the dangerous extent to which the large-scale evasion of taxes is undermining the global market as a whole. If we are to find a way to solve the problem of increasing inequality, The Hidden Wealth of Nations is essential reading.
Add Comment